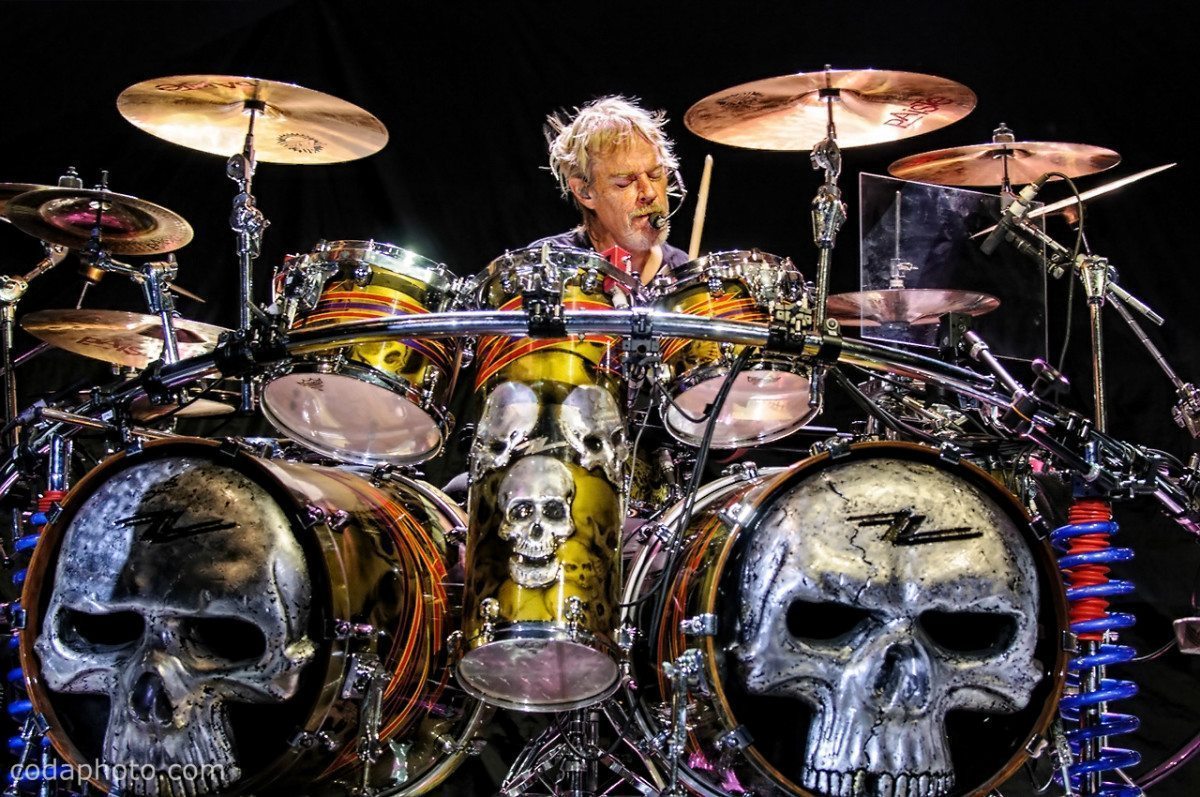 Frank Beard was formerly with The Cellar Dwellers, The Hustlers, The Warlocks, and The American Blues bands before starting to perform and record with Billy Gibbons and Dusty Hill as ZZ Top.

Beard attended Irving High School in Irving, Texas. In late 1969 he helped The Moving Sidewalks guitarist and vocalist Gibbons form ZZ Top. Beard introduced Gibbons to bassist and vocalist Dusty Hill, with whom Beard had played in the bands American Blues, the Warlocks, and the Cellar Dwellers. After honing their trademark Texas Boogie-Blues-Rock style, they released their aptly titled “ZZ Top’s First Album” on London Records in January, 1971.

When ZZ Top started, Beard was known by the nickname “Rube” and was credited as “Rube Beard” on the first album and on Tres Hombres, the band’s third album, but is listed under his real name on Rio Grande Mud, their second album.

After Tres Hombres, he was credited as “Frank Beard” on all the band’s albums.

Ironically, Beard is the only member of ZZ Top who does not have a beard, usually wearing only a mustache (though he went through a phase in the 1990s with a tidy beard).

Frank resides in Richmond, Texas, where he owns and operates the Top 40 Ranch. He is a scratch golfer, renowned locally for participation in tournaments and community events.

The second official member of of ZZ Top is Frank Beard. Having been impressed with the reaction that The Beatles had gotten from the girls in the audience, Frank took up the drums just to impress the ladies.
Frank and Dusty had been musical partners for years prior to ZZ Top. Both were members of the two Dallas based groups – The Warlocks then The American Blues.

Frank joined ZZ Top in 1969. Two months later, a new bass player was needed for the band. It was at that time that Frank called his long time friend Dusty Hill to audition. The rest is musical history.

Frank is a happily married family man. He and his wife, Debbie, have twin boys. Frank also has a daughter by a previous marriage.

Like Billy, Frank has a love for fast cars. Ferraris, in particular. Frank has also driven in sanctioned national auto races. Besides auto racing, Frank is also an avid golfer, hitting the course whenever time allows.

He is also known as the king of practical jokes within the group. Although his jokes are harmless, no one is safe! Also, he possesses a quick, dry sense of humor and is very fast with one-liners during interviews.