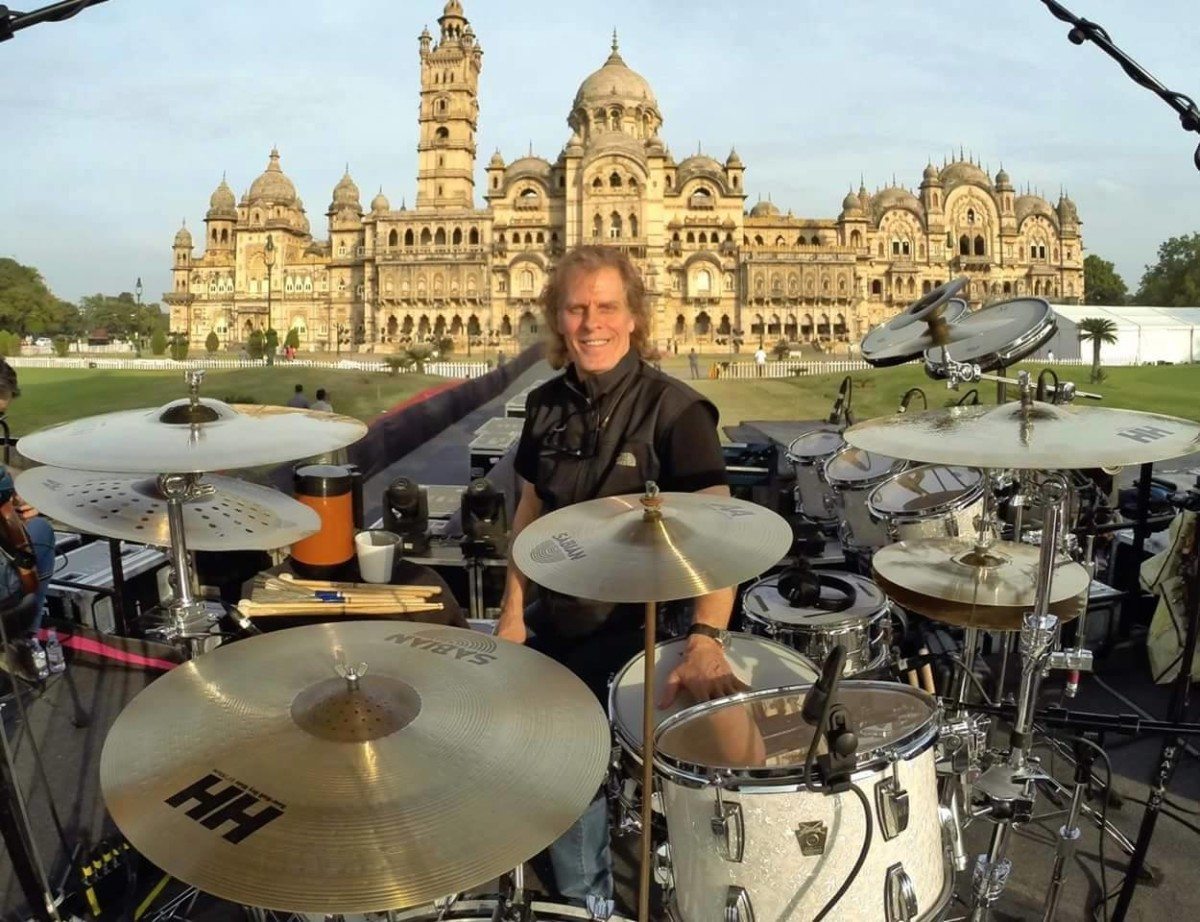 Charlie Adams is an American drummer, percussionist, drum engineer, composer, music producer, and film producer. He formed the rock band Chameleon in the 1980s, and was known for his revolving, upside-down drum set. He has been drum lead for Yanni through nine major concert tours. The two have recorded 15 albums, some reaching multi-platinumstatus; and their music has been used in soundtracks of various films, television, and televised sporting events. Adams is widely recognized for his drum solos and is featured in the concert films Live at the Acropolis, Live at Royal Albert Hall, Yanni Live! The Concert Event, and Yanni Voices.

He has recorded with Dugan McNeill and Bradley Joseph, and has played for the United States Air Force Heritage of America Band, as well as guest performances with various symphonies and percussion ensembles. He gives motivational talks and seminars, conducts drum clinics, and provides private lessons, a few of whom have included Jimmy Chamberlin of the Smashing Pumpkins and Billy Mason, drummer for Tim McGraw. He also runs an on-line music store and owns a 24-track digital recording studio, Adams Apple Studio, in Nashville, TN. In 2004 he produced an autobiographical video about his career and family, focusing on his two sons with autism.

Charlie Adams was born in Joliet, Illinois and began playing drums at the age of 13 after he bought a red snare drum for fifty cents. His first drum teacher in Joliet was Don Willard, and he also studied with Bill Muehler. At Joliet West High School, under the direction of Dean Sayles, Adams was involved with the concert and jazz bands. He has studied with Bob Tilles and Phil Stanger of Chicago and played a concert series with Don Ellis and Stan Kenton while attending college. He also played in the college jazz band, the symphony orchestra, and the marching band. From Chicago he headed to Minneapolis-St.Paul, studying with Marv Dahlgren, principal percussionist for the Minnesota Symphony.

In Minnesota, Adams formed the rock band Chameleon and developed his own record label, Platinum Records. Band members included Adams on drums, vocals, and percussion; Yanni on keyboards and synthesizers; Dugan McNeill on lead vocals and bass guitars; Johnny Donaldson on all guitars; and Mark Anthony on lead vocals and keyboards. Chameleon made Billboard charts and was renowned for Adams’s revolving, upside-down drum set, which he played in live concerts and on MTV. The band toured extensively (sponsored by the Miller Brewing Co.) performing up to 260 shows a year. Their albums included Chameleon, Techno-color, Hologram Sky, andBalance.

It was in Minnesota that Adams met Yanni when he was hired on as Chameleon’s keyboardist. They have a long history together playing in rock and roll bands in and after college. The band produced five albums before Yanni headed to Los Angeles to pursue movie soundtrack work. Adams soon followed and while there he studied with Ed Shaughnessy of The Tonight Show Starring Johnny Carson. He collaborated with Yanni as movie consultant, writing the drum and percussion parts and doing all the research with his movie library, which consists of over 4,000 titles. He has been assistant engineer and drummer on the soundtracks of various motion pictures. Their music has been used extensively in television and televised sporting events, including the Super Bowl, Wide World of Sports, U.S. Open, Tour de France, World Figure Skating Championships, The Olympics, and ABC News.

In 1987, Yanni was putting together his first touring band to promote his album Out of Silence, as well as selections from Keys to Imagination. This early band included Yanni, John Tesh and Joyce Imbesi on keyboards, and Adams on drums. Since then, the two have recorded fourteen CDs, on which Adams has played and written percussion and drums, as well as doing the drum programming. Yanni’s In My Time and Dare to Dream albums have gone platinum and Reflections of Passion has reached double platinum status. Adams has completed nine major concert tours with Yanni and is widely recognized for his drum solo on the Live at the Acropolis concert film. This recording has sold over eight million CDs, the video has gone platinum, and it has set pledge drive records when it has played on PBS. He is also featured in the Live at Royal Albert Hall released in 1995. Adams reunited with Yanni for the 2003/2004 Ethnicity concert tour. In a 2003 concert review by Melonee McKinney of the The Tennessean, she states, “Nashvillian Charlie Adams, who has played with Yanni for more than 20 years, stepped away from his massive drum rig at the back of the stage and came stage front to sit behind a stripped-down basic drum kit and after a few comical exchanges with Yanni, kicked into one of live music’s tightest, most impressive drum solos that brought the crowd to its feet. Twice.” During the 2004/2005 tour, Yanni Live! The Concert Event was recorded and later released in 2006.

In a 2004 interview with Chip Ritter, Adams was asked to point out which shows stood out in his mind in the last 25+ years. Adams replied, “Obviously the most exciting one for me was Live at the Acropolis. Playing in front of over 10,000 people every night, right below the Parthenon in Athens, Greece. The thing that made it so exciting was it was the first time for Yanni to be playing at home in front of his fellow Greek citizens it made you feel warm in the heart for him. And also I was playing a drum solo in front of a majority of people who did not speak English yet responded to my drums, I really felt that the drums communicated with them, you know. Like drumming and music is in fact an international language. A great experience that will stay with me the rest of my life.”

Adams has played with the United States Air Force Heritage of America Band and has been a guest performer in various symphonies and percussion ensembles. He is credited for percussion on the album In The Velvet Night byDugan McNeill. He is also credited on the albums Hear the Masses and Rapture by Bradley Joseph, a long-time bandmate and keyboardist for Yanni. Adams tours giving motivational talks and seminars in schools and retail stores, as well as conducting drum clinics and private lessons. Two of his more well-known students are Jimmy Chamberlin (Smashing Pumpkins), and Billy Mason (Tim McGraw). He also runs an on-line music store and owns a 24-track digital recording studio, Adams Apple Studio, in Nashville, TN.

In 2004 Adams partnered with the Autism Society of America (ASA) to increase autism “awareness”. As part of this effort he published an autobiographical video Charlie Adams, Stories and Solos: Life’s Journey Through Music, Family and Autism, which contained videos and clips from Adams’s and Yanni’s rock-and-roll band, Chameleon, and told Adams’s story of having four children—including two autistic young boys—and his family’s struggles and hopes for them and for the autism community. Adams later began co-producing a full-length feature film project entitled Jason’s Run, intended to portray the life of an autistic character.